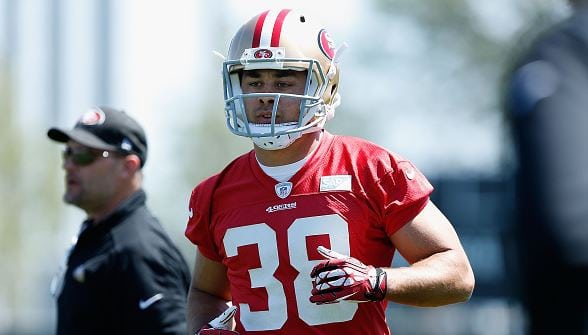 Hayne was dropped for the first time in his short career for his side's match against Seattle on the weekend.

However, several prominent US media experts have voiced their dismay at Hayne's exclusion from the side.

“I saw a few Australian guys in downtown San Francisco on Wednesday, all wearing black No. 38 Hayne T-shirts. The 49ers shouldn’t make their decisions based on airfare purchases made by people in Melbourne or Sydney, but it’s just another sad reminder that this team is absolutely clueless,” Bay Area sports reporter Steve Berman said.

David Fucillo from SB Nation said that there is no doubt Hayne should be returning punts ahead of Reggie Bush.

“Jarryd Hayne is one of the truly dynamic athletes on this roster,” Fucillo wrote.

“Some of his preseason work came against a lot of backups, but he has a natural athleticism that you can’t teach. Maybe there will be bumps in the road along the way, but considering how this season is going, Hayne should be getting as many reps as possible. I get there is a numbers game with activating players, but how Reggie Bush was returning punts boggles my mind.”