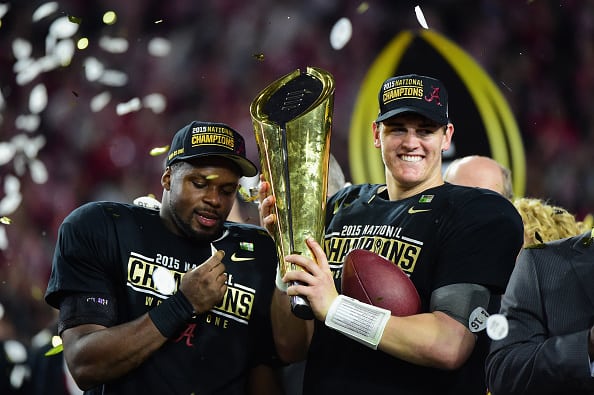 The University of Alabama won its fourth national title in the last seven seasons, outlasting the dynamic play of Deshaun Watson and No. 1-ranked Clemson in a 45-40 victory Monday in the College Football Playoff championship game.

The No. 2-ranked Crimson Tide became just the second team in college football since 1936 to win four titles in seven seasons, joining Notre Dame, which won four times from 1943-49.

For Alabama coach Nick Saban, it is his fifth national championship, leaving him only one short of former Tide coach Bear Bryant for the most all-time.