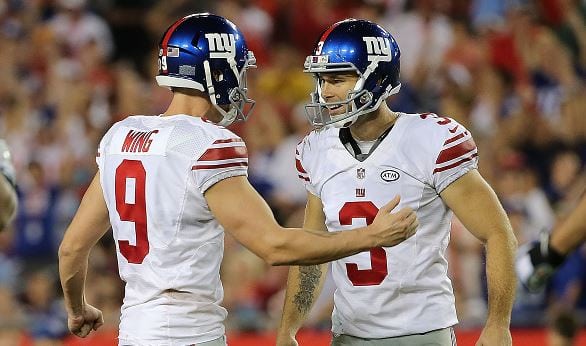 Aussie punter Brad Wing produced a brilliant punt to help his side defeat Tampa Bay in the NFL on Monday.

Wing had just one chance to punt in the Giants’ 32-18 win over the Tampa Bay Buccaneers but he certainly made the most of it.

With the game still up for grabs early in the final quarter, the former Aussie rules player launched a booming 64-yard punt that resulted in the Buccaneers being pinned on their own 12-yard line.

Tampa Bay still managed to score from the next drive but the Giants pulled away in the closing stages, Wing holding the ball for two important Josh Brown field goals as the Giants improved to 5-4 for the season.

Wing’s performance put him back in the good books with fans and pundits after he was blamed for two late mistakes in the Giants’ 52-49 loss to New Orleans last week.

Cowboys’ legendary No. 88: From Pearson to Irvin to Dez to...