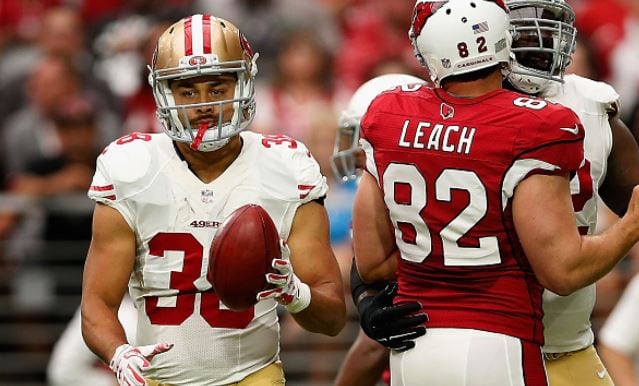 Jarryd Hayne's San Francisco 49ers special team coordinator Thomas McGaughey says that the former NRL star can be the the best punt returner in the NFL.

“It’s up to Jarryd,” McGaughey said.

“How much time is he willing to put in as far as studying the game and just the maturation process?

“Who knows? This year or next year he might be leading the league in punt returns.

“He has that kind of ability.

“He’s a big straight-ahead strong runner and he does a good job in making people miss in space.”

With the bullish prediction, however, came some restraint, with the coach adding that Hayne had only played five regular season NFL games in his life.

“I think sometimes we lose track of that,” McGaughey said.