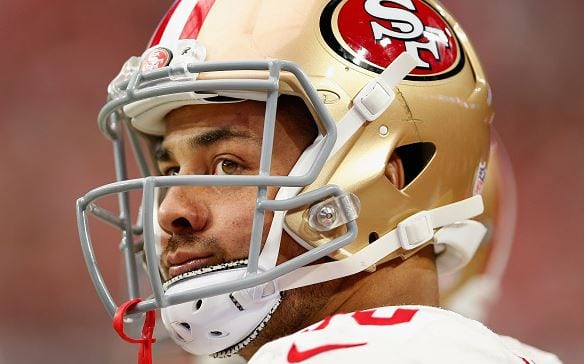 Hayne only took to the field for four plays, as his side suffered a frustrating day.

The former NRL star made six yards with his first punt return and took an impressive catch on the 49ers nine-yard line in the first quarter.

However, he did not get an opportunity at running back, with Reggie Bush and Bruce Ellington both back from injury.

Hayne made just the one play in the second half, again making six yards before being brought to ground.

To add to the frustrating performance for both Hayne and San Francisco, L.J McCray mistakenly crashed into Hayne, taking him out and allowing the ball to spill free just as he was about to attempt a catch.

The 49ers have now won one match and lost three from their opening four games of the season.