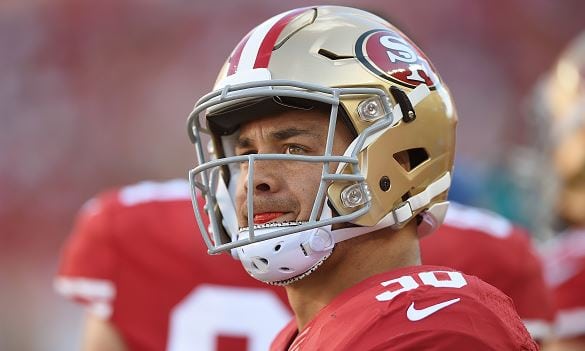 Jarryd Hayne has missed out on selection for the first time in his NFL career, after he was placed on the inactive list by the San Francisco 49ers for today's clash with the Seattle Seahawks.

Hayne has endured a difficult time in the NFL of late, fumbling a punt return and failing to get a touch despite lining up for nine plays in the 49ers' last match against Baltimore.

Line backer Gerald Hodges will make his debut, while Reggie Bush and Bruce Ellington return from injury for San Francisco.

Both sides are 2-4 heading into today's game, the first time the two sides have played each other with losing records since 2009.

GM: Eagles expect Hurts to be QB starter in ’22