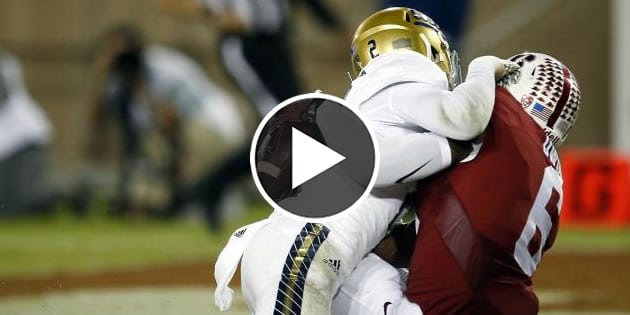 American football has a habit of producing ridiculously skilled athletes, some so talented that a rampaging defender is seen as nothing but a minor interference.

Such was the case for Stanford University Cardinal wide receiver Francis Owusu.

His team were leading UCLA Bruins 36-17 in their Thursday night college football outing at Stanford Stadium, when quarterback Kevin Hogan threw a 50-yard pass to a heavily-defended Owusu.

When it looked as though the ball would be knocked down by the defender, Owusu did the unthinkable and caught the ball behind the back of the opposition player, mid-embrace.