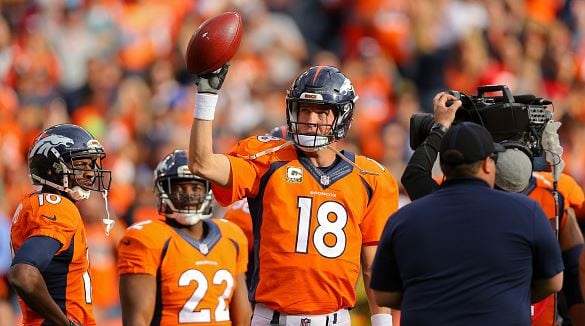 Denver Broncos quarterback Peyton Manning has broken the record for the all-time passing yardage in the first quarter of Sunday's match against Kansas City.

Manning surpassed Green Bay great Brett Favre as the NFL's passing yardage leader with a four-yard throw early in the game, to take his career total to 71,840 yards.

The game was momentarily paused to acknowledge Manning and the ball was given to him as a keep sake and taken out of the game.

Manning is also tied with Favre for the most career regular season wins with 186.

The 39-year-old is in his 18th NFL season and is the competition's only ever five-time MVP.