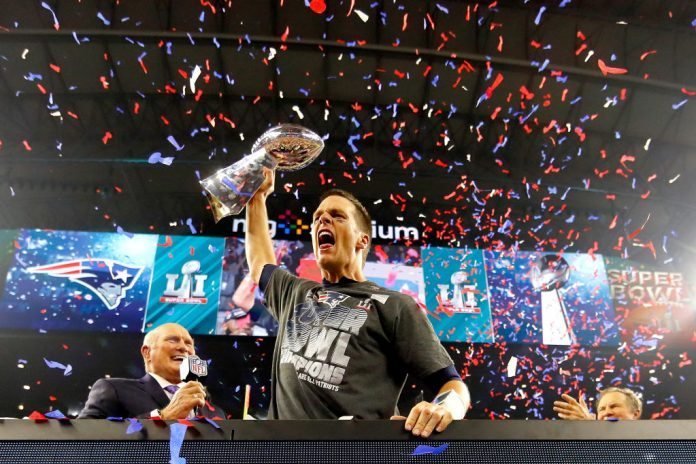 Tom Brady has helped the New England Patriots stage one of the most astonishing comebacks in SuperBowl history, to stun the Atlanta Falcons.

The Falcons led 21-0 just prior to half time and 28-3 with just three minutes remaining in the third quarter.

But with the game looking all but lost, amazingly, the Patriots produced a remarkable final quarter come back, levelling the scores at 28 a piece, sending the game to over time. It was the first time in SuperBowl's 51-year history that the game has gone to overtime.

James White then scored a touchdown for the Patriots with the first possession of OT, to clinch an incredible victory.

Brady won his fifth SuperBowl from seven appearances, completing 43 of 62 passes for 466 yards and two touchdowns in a performance for the ages.