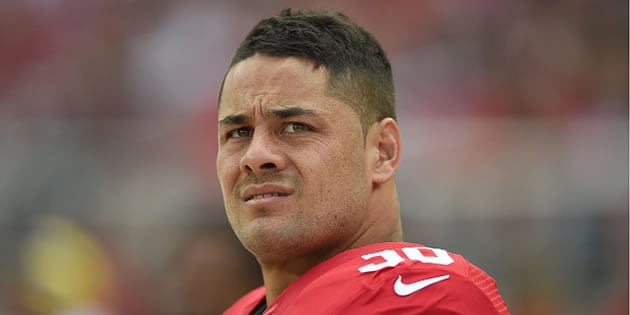 Jarryd Hayne has received the harshest criticism yet in his fledgling NFL career, with award-winning Sports Illustrated columnist Peter King saying the experiment was “fun while it lasted.”

Hayne fumbled a punt return after being tackled from behind in the San Francisco 49ers’ win over the Baltimore Ravens on Monday, the second time he’d lost possession in the first six weeks of the season after he dropped his first punt in the opening week against the Minnesota Vikings.

Writing in his Monday Morning Quarterback column, King was scathing about Hayne’s errors.

“Well, the Jarryd Hayne story was fun while it lasted, he wrote. “For the second time in the first six weeks of the season, Hayne fumbled a punt, and the 49ers are not good enough to hand away potential possessions once every three games because they like the former Australian Rugby League player’s potential.”